What We Owe The Future by William MacAskill - Summary & Quotes 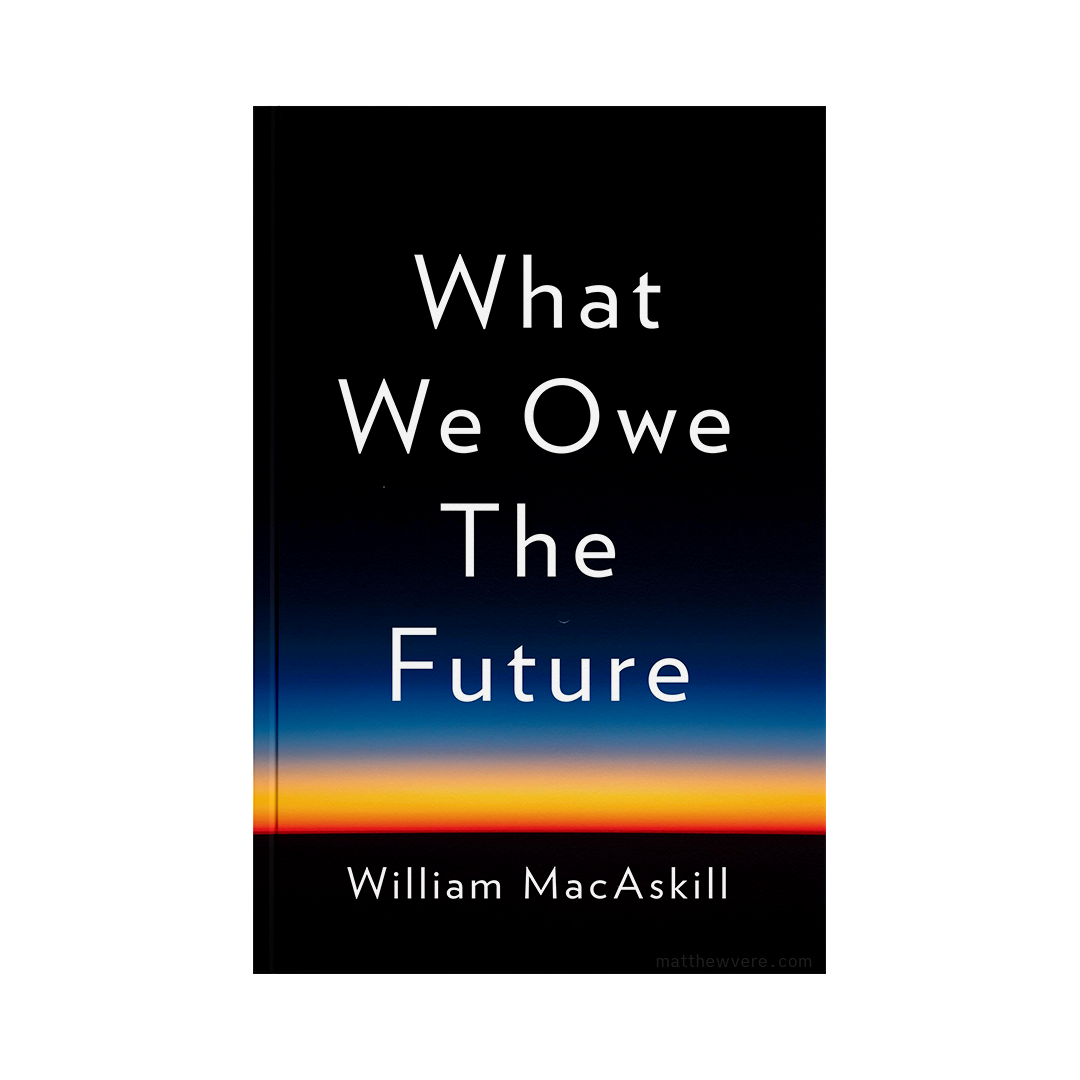 Note: The following are excerpts from What We Owe The Future by William MacAskill.

Value lock-in: an event that causes a single value system, or set of value systems, to persist for an extremely long time. Value lock-in would end or severely curtail the moral diversity and upheaval that we are used to. If value lock-in occurred globally, then how well or poorly the future goes would be determined in significant part by the nature of those locked-in values. Some changes in values might still occur, but the broad moral contours of society would have been set, and the world would enact one of only a small number of futures compared to all those that were possible.

The lock-in of some values, like Nazi or Stalinist values, would obviously have been horrific. Illustrations of some of these scenarios have been sketched in fiction. Most famous is George Orwell’s 1984, in which this bleak prospect is epitomised in the famous metaphor of “a boot stamping on a human face—forever.” Even more impressive, in my view, is Swastika Night, written by Katharine Burdekin. It takes seriously Hitler’s claim that he would create a thousand-year Reich: set seven hundred years in the future, it depicts a world which is entirely controlled by the Nazis and the Japanese Empire. In the German Empire, non-Germans have been subjugated, violence is glorified, and women are kept in pens and raped at will. To us, it reads like a piece of alternative history, but it was really a prophetic warning about ideological lock-in; the book was written in 1935, four years before World War II broke out, and published in 1937, twelve years before 1984, at a time when Hitler still had considerable international prestige. From what I’ve said so far, you might conclude that we should aim to lock in the values we, today, think are right, thereby preventing dystopia via the lock-in of worse values. But that would be a mistake. While the lock-in of Nazism and Stalinism would have been nightmarish, the lock-in of the values of any time or place would be terrible in many respects. Think, for example, of what the world would be like if Western values of just two and a half centuries ago had been locked in. The future would be shaped by values in which slavery was permissible, there was a natural hierarchy among races, women were second-class citizens, and most varieties of sexual orientation and activity were abhorrent.

Almost all generations in the past had some values that we now regard as abominable. It’s easy to naively think that one has the best values; Romans would have congratulated themselves for being so civilised compared to their “barbarian” neighbours and in the same evening beaten people they had enslaved or visited the Colosseum to watch the disembowelment of a prisoner. It is extraordinarily unlikely that, of all generations across time, we are the first ones to have gotten it completely correct. The values you or I endorse are probably far from the best ones. Moreover, there are so many ethical questions to which we know we haven’t yet figured out the answer. Which beings have moral status: just Homo sapiens, or all primates, or all conscious creatures, including artificial beings that we might create in the future? How should we weigh the promotion of happiness against the alleviation of suffering? How should we handle uncertainty about the impact of our actions, especially when it comes to tiny probabilities of enormous payoffs? How should we act when we know we don’t know what the right thing to do is?

Many of the most powerful countries today are powerful, in part, because of historical high fertility rates. India is currently the third-largest economy in the world in part because its population grew from around 290 million people in 1900 to almost 1.4 billion people today. Even though India’s fertility rate has dropped to 2.2 births per woman today, it could well become the world’s largest economy by the end of the century; by then, its population size is predicted to be 40 percent greater than China’s. For similar reasons, Nigeria looks set to become a far more important geopolitical actor by 2100 because its population is projected to grow from 200 million to 730 million, making it the third most populous country in the world.

It’s not just that world population will stop growing. Rather, the world might well be headed for an exponentially declining population. As fertility rates are dropping everywhere, they aren’t stopping at replacement rates—a bit above two children per woman—but are falling even lower, below replacement. For twenty-three countries, including Thailand, Spain, and Japan, populations are projected to more than halve by 2100; China’s population is projected to decline to 730 million over that time, down from over 1.4 billion currently. Instead of ever more people, as we have had historically, we will have ever fewer people.

Think of the innovation happening today in a single, small country—say, Switzerland. If the world’s only new technologies were whatever came out of Switzerland, we would be moving at a glacial pace. But in a future with a shrinking population—and with progress being even harder than it is today because we will have picked more of the low-hanging fruit—the entire world will be in the position of Switzerland. Even if we have great scientific institutions and a large proportion of the population works in research, we simply won’t be able to drive much progress.

3. What We Each Can Do For Longtermism

Assuming that you have chosen the problem you think is most pressing, what do you do next? People often focus on personal behaviour or consumption decisions. The suggestion, implicit or explicit, is that if you care about animal welfare, the most important thing is to become vegetarian; if you care about climate change, the most important thing is to fly less and drive less; if you care about resource overuse, the most important thing is to recycle and stop using plastic bags. By and large, I think that this emphasis, though understandable, is a major strategic blunder for those of us who want to make the world better. Often the focus on consumption decisions is accompanied by a failure to prioritise. Consider, for example, the recent wave of advocacy for reducing plastic. The total impact this has on the environment is tiny. You would have to reuse your plastic bag eight thousand times in order to cancel out the effect of one flight from London to New York. And avoiding plastic has only a tiny effect on ocean plastic pollution. In rich countries with effective waste management, plastic waste very rarely ends up in the oceans. Almost all ocean plastic comes from fishing fleets and from poorer countries with less-effective waste management.

Some personal consumption decisions have a much greater impact than reusing plastic bags. By going vegetarian, you avert around 0.8 tonnes of carbon dioxide equivalent every year (a metric that combines the effect of different greenhouse gases). This is a big deal: it is about one-tenth of my total carbon footprint. Over the course of eighty years, I would avert around sixty-four tonnes of carbon dioxide equivalent. But it turns out that other things you can do are radically more impactful. Suppose that an American earning the median US income were to donate 10 percent of that income, which would be around $3,000, to the Clean Air Task Force, an extremely cost-effective organisation that promotes innovation in neglected clean-energy technologies. According to the best estimate I know of, this donation would reduce the world’s carbon dioxide emissions by an expected three thousand tonnes per year. This is far bigger than the effect of going vegetarian for your entire life.

There are good reasons to become and stay vegetarian or vegan: doing so helps you be a better advocate for climate change mitigation and animal welfare, more able to avoid charges of hypocrisy; and you might reasonably think that avoiding causing unnecessary suffering is part of living a morally respectable life. But if your aim is to fight climate change as much as possible, becoming vegetarian or vegan is only a small part of the picture. Emphasising personal consumption decisions over more systemic changes is often a convenient move for corporations. In 2019 Shell’s chief executive, Ben van Beurden, gave a lecture in which he instructed people to eat seasonally and recycle more, lambasting people who eat strawberries in winter. In reality, in order to solve climate change, what we actually need is for companies like Shell to go out of business. By donating to effective nonprofits, we can all make this kind of far-reaching political change much more likely.

You can also go “meta”: spread the idea of longtermism itself and convince others to care about future generations, to take the scale of the future seriously, and to act to positively influence the long term. You can do this by writing, organizing, talking to people you know, or getting involved with organisations such as 80,000 Hours and the Centre for Effective Altruism, where movement building is a component of their work. Spreading these ideas can be an enormously powerful way of having an impact. Suppose that you convince just one other person to do as much good as you otherwise would have done in your life. Well, then you’ve done your life’s work. Convince two other people, and you’ve tripled your impact.

We may not see longtermism’s biggest impacts in our lifetimes. But by advocating for longtermism, we can pass the baton to those who will succeed us—those who might run faster, see farther, and achieve more than we ever could. 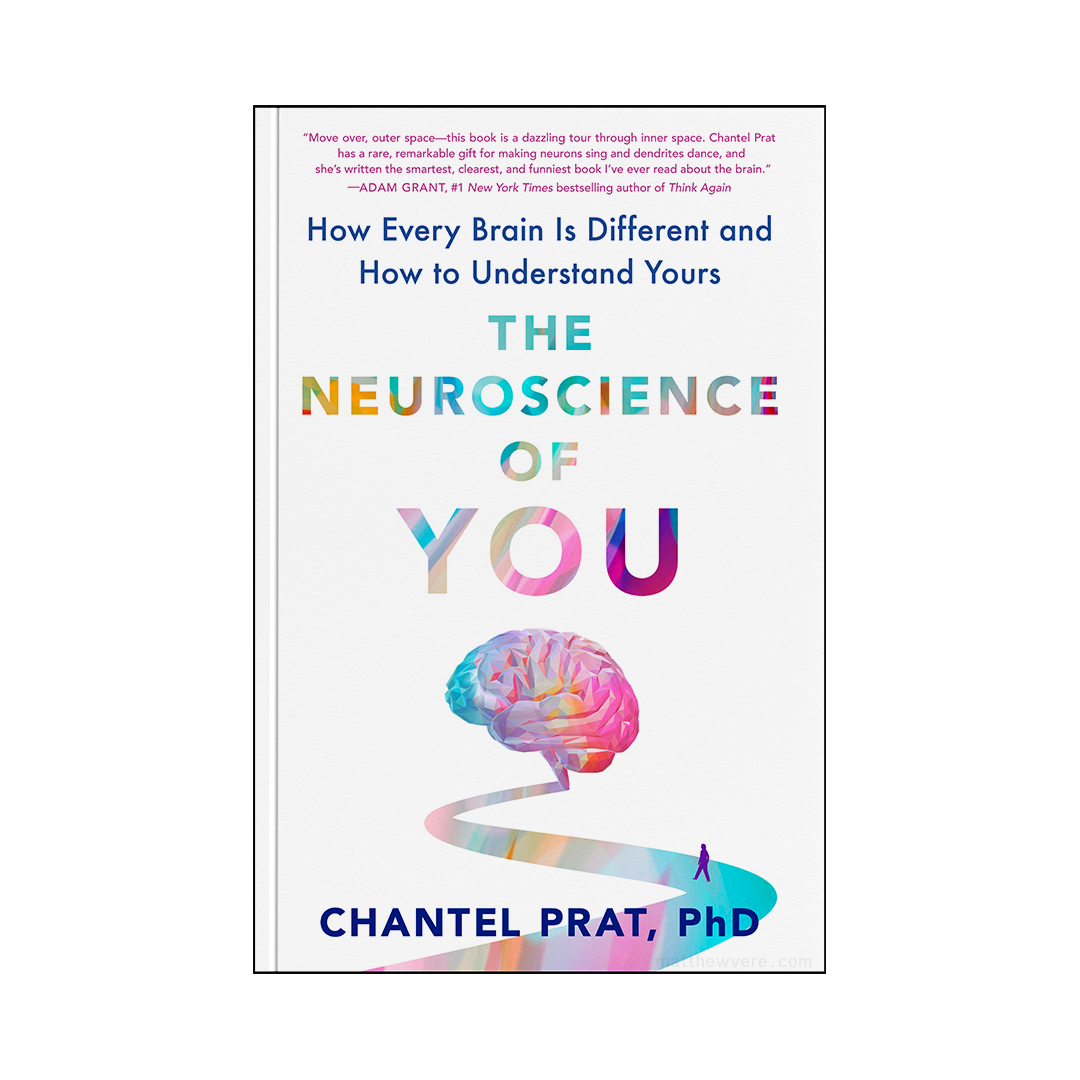 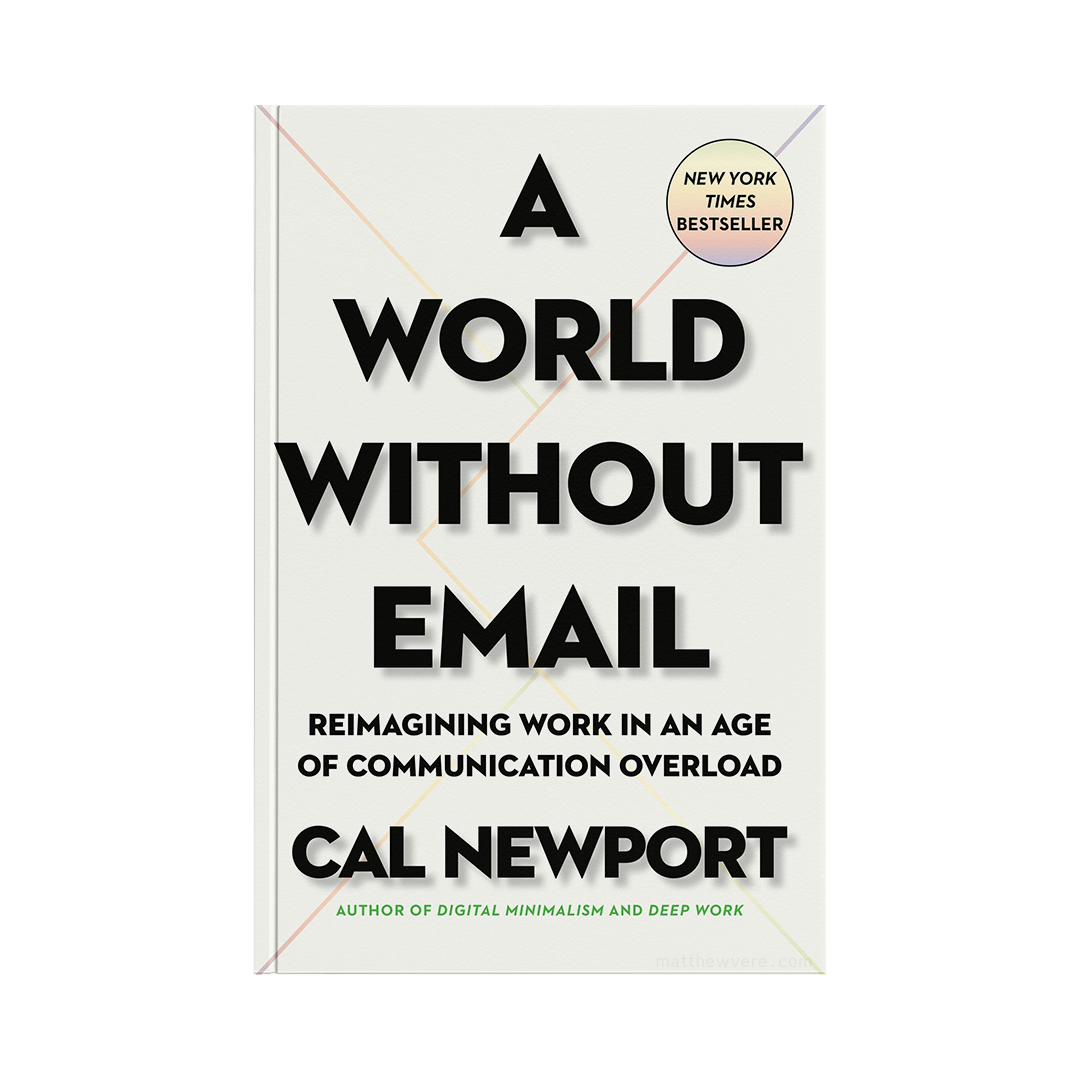 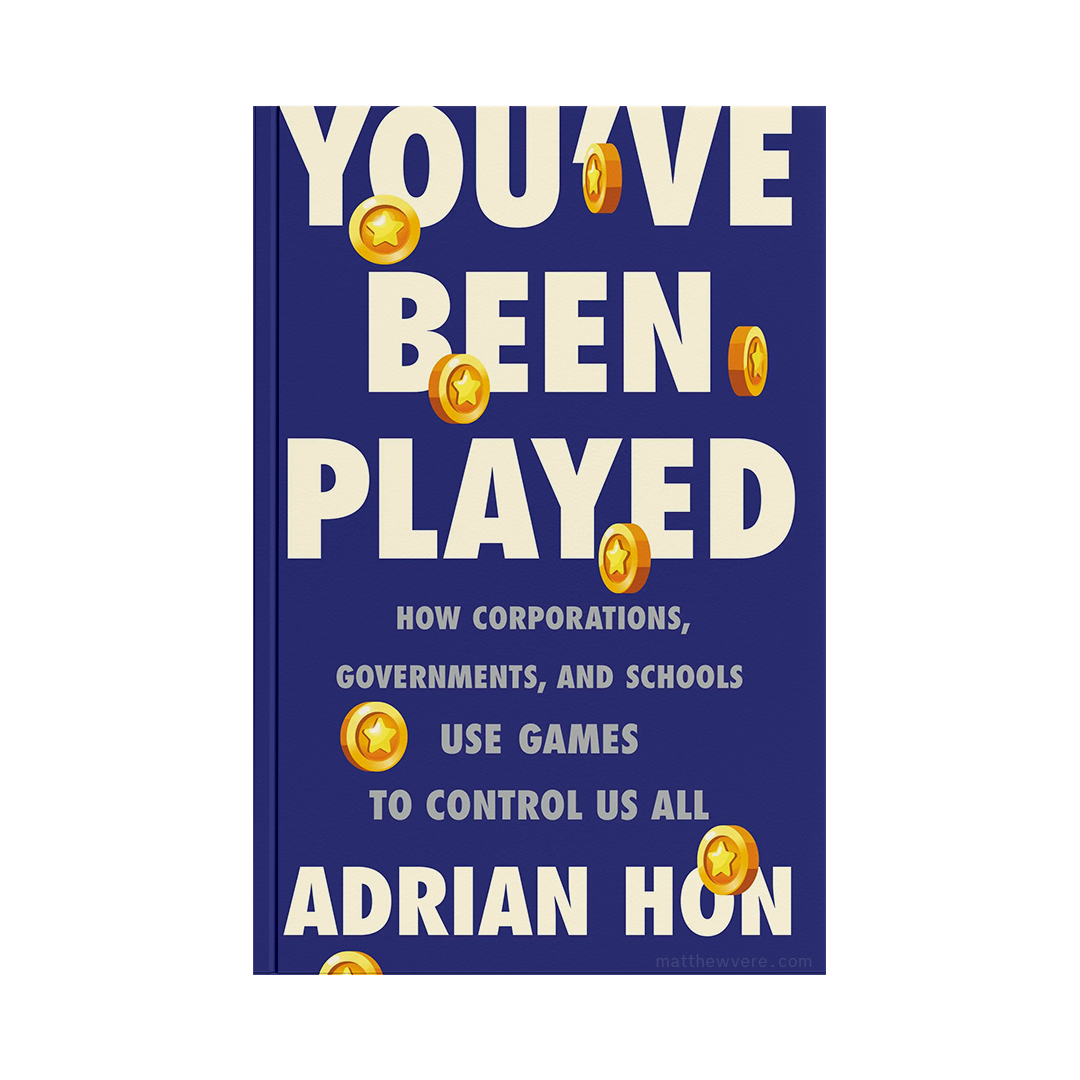